Sexism and the Cereal Box

A while back my daughter was eating some Rice Krispies. She stared intently at the box, then pointed at the characters Snap, Crackle, and Pop and asked, "Daddy, which one is the girl?"

I wasn't sure how to answer her. I looked closely at the cartoony characters on the front of the box and said, "I think they're all boys." At that moment I wondered if my own gender bias was kicking in. I'm a guy, so maybe I just assumed they were all guys. So I looked it up on the internet and, yes, Snap, Crackle, and Pop are all boys.

I then started thinking about other cereal mascots. Were any of them girls? Let's take a look: 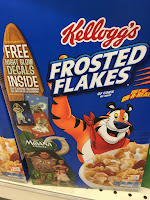 Tony the Tiger from Frosted Flakes? Definitely a guy. 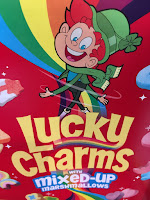 Lucky from Lucky Charms? Another guy. (Is there such a thing as a female leprechaun?) 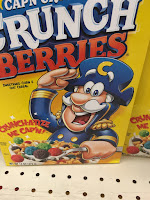 Cap'n Crunch from Cap'n Crunch? He's a dude (with eyebrows on the outside of his hat!) 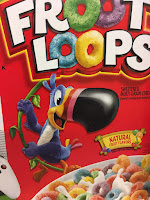 Toucan Sam from Froot Loops? I guess "Sam" could be short for "Samantha," but, no. 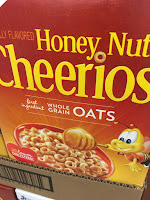 BuzzBee from Honey Nut Cheerios? Yet another guy. 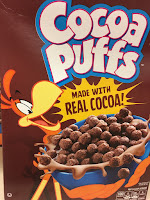 Sonny the Bird from Cocoa Puffs? Yes, he's a guy. 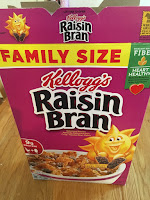 Sunny the Sun from Kellogg's Raisin Bran? A guy (who can somehow operate two scoops even though he has no hands.) 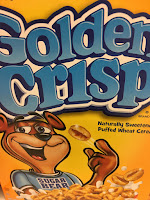 Sugar Bear from Golden Crisp (formerly known as Sugar Crisp)? Such a guy. 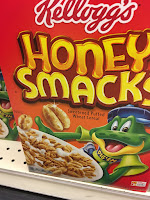 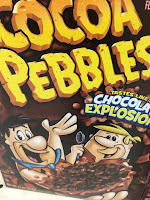 Fred and Barney from Fruity Pebbles and Cocoa Pebbles? Duh! 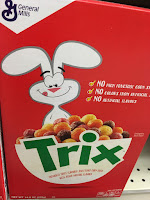 Tricks the Rabbit from Trix? I actually wasn't 100% sure, so I checked, and yes, he's also a guy. (Don't ask me how I checked.) (Let's just say that I've got a friend who is a veterinarian.)

In fact, I walked down the entire cereal aisle and the only female I found on the front of a cereal box was a limited edition of Multi-Grain Cheerios featuring Wonder Woman.

Wheaties get some points for occasionally featuring women athletes, like Mary Lou Retton, Brandi Chastain, and Lindsey Vonn on the front of their boxes. (But they don't get any points for Bruce Jenner, because I really doubt they could have seen that happening back in 1976.)

Recently, instead of the usual Wheaties box, the 2016 USA Olympic Women's Gymnastic team appeared on the front of Kellogg's Special K. (I imagine Kellogg's spent a little money to lure the gymnasts to their box.)

So, except for the sporadic female Olympic athlete, why are all the cereal box mascots boys? I don't really know. Is it because only boys really like these sugary cereals? No! I've got an eight year-old girl who would rather have cold cereal than french toast, waffles, or even bacon! (Blasphemy!)

So, basically, there are no female cereal box mascots because of homophobia. It's a bit ironic, because when my daughter stared intently at Snap, Crackle, and Pop, she was pretty sure that at least one of them was a girl, she just wasn't sure which one. (They aren't exactly a trio of tough guys.)

We think we've progressed a lot as a society regarding the equality of men and women. We almost had a woman as President of the United States; it's something that certainly seems possible. And yet the glass ceiling for cartoony cereal mascots seems so far beyond our reach.

I personally think that boys would gladly eat a cereal that had a female cartoon mascot. Especially if it tastes like candy. (Gender stereotypes are not nearly as important to six year-old boys as sweet, sugary treats.) Maybe someday.
Posted by Slow Joe 40 at 9:44 AM