Advertisements Are the Original Fake News

Advertisers make a lot of outlandish claims, like "Red Bull gives you wings," "these tacos are made with real beef," and "our service is Comcastic!" So, I was a bit skeptical when I saw this:

The billboard says, "Biscuits are spoons you can eat." Despite my trepidation, I was very intrigued. Why? Well, I like biscuits. And I like to eat with spoons. So, using a biscuit as a spoon could be a good thing. (One less dish to wash!)

I thought I should give it a try.

The next time I went to have a bowl of cereal, I decided I'd try to eat it with a biscuit instead of a spoon. 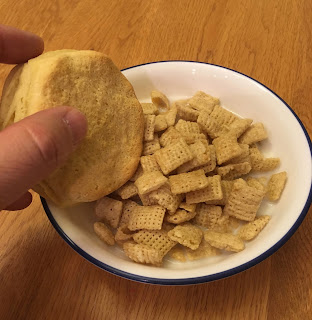 It didn't work so well. 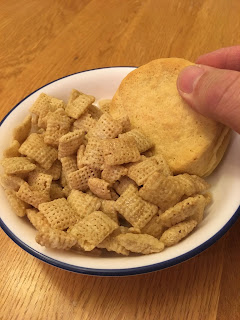 I tried to scoop up the cereal with the biscuit, like I usually do with the spoon, but all it did was push the cereal around. None of the cereal actually stayed on the biscuit. I ended up with cereal all over the table and a biscuit that was a bit soggy from the milk. Yes, I could eat the biscuit, but I couldn't really use it as a spoon.

Maybe if I had tried to eat soup instead of cereal the biscuit would have been a better spoon. But even then it wouldn't have been optimal; it's very difficult to slurp a biscuit.

So, once again I am forced to come to the conclusion that an advertisement has made a false claim. They tried to pass off a lie as if it were the truth. It's almost as if advertisements were fake news before "Fake News" was a thing.