Golly, politics sure are divisive these days! Everywhere you turn people are yelling and screaming at each other because of their differing views. Good debate can be a healthy thing every once in a while, but people seem to be taking it too far.

Wouldn't it be great if we had some topics that people could debate about that weren't so life or death? Here are a few topics we can argue about and still be somewhat civil:

Coke vs. Pepsi--People have some very strong feelings on both sides here. I had one friend who drank Coke and said that Pepsi "tastes like gasoline." Personally, I don't really have much of a preference; as long as it has carbonation, I'll drink it. I guess if I really had to choose I'd go with Coke, because "Vanilla Coke" just sounds better than "Vanilla Pepsi."

Batman vs. Superman--Batman is fantastic. He has done a great job of reaching his full potential. He gets an A for effort. But, come on, Superman can fly, has super-strength, super-speed, and can see through things! Besides, I'd much rather spend my free time with Lois Lane than Robin. 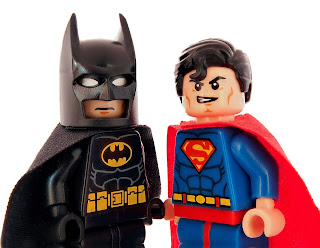 Beatles vs. Rolling Stones--I can't believe this was ever a question. The Beatles are soooo much better in every imaginable way, with the lone exception of lip size, which goes to Mick Jagger. Comparing the Rolling Stones to the Beatles is like comparing Spam to a Honeybaked Ham.

Star Wars vs. Star Trek--Personally, I've always been a Star Trek guy, but it's getting harder and harder to say that. When it's done right, Star Trek is fantastic. Unfortunately, it hasn't been done right since Deep Space Nine and possibly Voyager left the airwaves. Enterprise was a bore, and the less said about the movie Star Trek: Nemesis the better. (Space dune buggies? Romulan vampires? Oh look, they found Data's head...again!) And the reboot movies with a new cast have been hit and miss at best.

The first trilogy of Star Wars movies was great, but the three prequel movies were about as blah as blah can be. (Oh, sure, you can find some people who like them, but you can also find people who think the Transformers movies are good.) However, with the high quality of The Force Awakens and Rogue One, Star Wars is threatening to take over the universe. (Or at least this corner of the empire.)

7-Up vs. Sprite--I've always preferred Sprite over 7-Up. I think maybe it's the "limon" commercials from the 1970s. But, I used to think Slice was better than both of them. And then Slice was discontinued and replaced with Sierra Mist, and it was better than Sprite and 7-Up. And now, according to the interwebs, Sierra Mist has changed its name to Twist Mist. I give up, I'll just have a Sprite.

Democrats vs. Republicans--Oops! This was what we were trying to avoid. Sorry.