"Karl, is there anything else on the agenda before we turn over time to the general population?" The lines behind the microphones in each aisle were already about six or seven people deep.

"Yes, Ted, there is," Karl answered, looking down at his notes. "When people come to pick up their kids, they've been parking in the bus zone again. That one day last week Helen couldn't get the bus to where she usually parks it for the kids to get on because some car was in the way. And since the bus wasn't parked where it usually is, the Anderson kids missed it. So then Janie had to come all the way into town to pick up her kids, and she wasn't very happy about it." Janie Anderson had written a terse note about the incident, and everyone on the school board had seen it.

Ted nodded. "Okay, so this is a problem. What can we do about it?" Ted, Karl, and Pam all turned and looked at Bernie, because he was the one in charge of the buses.

"Well," Bernie said, "we'll have to re-paint the lines. And we'll have to make sure nobody parks in the red zone. And it'd probably be a good idea to have a teacher posted out there for the next couple of weeks to make sure everybody's complying. Is that good enough, Janie?" The members of the school board looked to where Janie Anderson was sitting on the third row. She nodded her head in agreement.

"Okay," Ted said, "Was that the last of it?" Karl gave him the "thumb's up" sign. "Then," Ted continued, "I guess it's time to open things up for any concerns you all might have. Martha, it looks like you're up first."

"Thanks, Ted," said Martha, speaking into the mic a bit nervously. "Well, it's about my son, Clark. You know those green rocks that everyone has been finding lately?" Several people in the room nodded. "It seems that whenever he's in the same room with some of those rocks he gets really dizzy and weak and sick. So, I was wondering if we could make some rule to keep those green rocks out of his classroom."

"That sounds reasonable," Ted said from his spot behind the table at the front of the room. "We'll see if we can work something out."

"What?!" shouted Kaitlin from the audience. "No way! My son Bryan loves those green rocks! Why shouldn't he get to play with them just because they make one kid a little sick?"

"Well," Martha replied, "actually he gets more that just a little sick. We took Clark to see the doctor and he told us that not only does Clark get really sick if he's in the same room as the green rocks, but that if he touches them it might cause a reaction which could kill him. So we want to be very careful about those green rocks."

Kaitlin was standing now, and she had taken over the second microphone. "If? Might? Could? It sound to me like a lot of guess work. You don't even know for certain what would happen if your boy touches those green rocks, do you?" 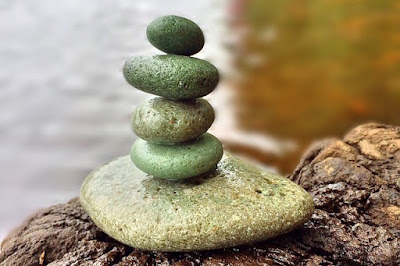 Martha tried to calm herself so she didn't seem to angry when she answered. "No, I don't know for certain. But, if there's a significant chance these rocks could kill my son, I don't want them anywhere around him."

"Well," said Martha, "there's a big difference between your son maybe being a little sad and my son maybe dying. I'm not saying your son can't play with the rocks. He can play with them before and after school all he wants. I just don't want him bringing them into the classroom where they might kill my son!"

"I don't understand why I should be responsible for the well-being of your son," Kaitlin sneered. "It sounds to me like he needs to learn for himself to stay away from the green rocks. I don't know why my son has to suffer because your son has a problem."

"We are trying to teach Clark to stay away from the green rocks," Martha responded. "But, he's only in second grade. There's only so much he can control right now. That's why I'm asking for everyone to be reasonable and not send any of the green rocks to school."

"Reasonable?" Kaitlin was apoplectic. "Reasonable? What is my Bryan supposed to bring to class for his next Show and Tell? Rocks that don't have a green glow to them? Do you know how absurd that sounds?"

"There are lots of things your son can take for Show and Tell besides the green rocks," Martha sighed.

"Oh, and what if he brings something else and it makes some other kid sneeze?" Kaitlin asked. "Will we have to ban kids from bringing anything to class?"

"The only reason I'm asking for this is because it can make my Clark deathly ill. There's a big difference between someone sneezing and someone possibly dying."

Kaitlin snorted. "If you're so worried about this, why don't you just keep your boy home and home-school him?"

Martha's face turned red with anger as she replied. "I am not going to lock my son away in some fortress of solitude just because he is different! I don't think it's asking too much to have your son not play with the green rocks while he's at school. My son's life is at stake here. This shouldn't be so difficult."

"Fine!" Kaitlin said sarcastically. "We'll just kowtow to your son's every whim. He'll grow up with such a sense of entitlement because everyone has always had to bend their will for him. Is that what you want?"

"No, it's not. I wish my son wasn't different. I wish the green rocks didn't make him sick. But they do. He doesn't have any choice in the matter. I..."

Kaitlin interrupted. "What happens when he's an adult? There won't be any school board to go crying to. No one to bully other kids into not playing with the green rocks around your precious boy. Don't you want to teach him responsibility now?"

"It's not a matter of responsibility," Martha replied. "We can teach him to avoid the green rocks all day long, but there's no way for him to know if your kid has some in his pockets. It's not like he has x-ray vision." She turned to Ted and the rest of the school board at the front of the room. "Isn't there anything you can do to help protect my son?"

Ted took in a deep breath. "Martha, Kaitlin, you've both made some strong points. We'll have to take this under advisement as a board." Neither woman looked satisfied, but they both stepped away from their microphones and headed for their seats. "It looks like you're up next, Lisa," Ted said.

"I'm here to talk about homework," the woman said. "I send my daughter to school to do school work. Why do these teachers feel the need to send school work home with them? Can't they do it all there? Isn't that what school is for? They've got all day to do it!" About half of the people in attendance began to applaud. The other half rolled their eyes.

O A. School Board Blues
O B. The Allegory of the Allergies
O C. The Fortress of Solitude
O D. The Green Glowing Rocks of Home
O E. Harry Potter and the Prisoner of Azkaban

[Author's Note: My seven year-old daughter has an allergy to peanuts and tree nuts. The doctor told us that as little as one-eighth of a peanut could cause a reaction that could kill her. Thankfully, she can be in the same room as the nuts, she just can't touch or eat them. So, it's not necessary for her school to ban all nuts. My daughter sits at a separate table during lunch time, one that is designated as "nut free." The school administration, the students, and the parents of the students have all been very helpful and accommodating. and for that we are very grateful.]