Your Kids Will Rat You Out

Here's a piece of advice no one should need to hear: Don't lie to your spouse!

That's pretty much common sense, isn't it? If you want to have a good relationship with your spouse, it would be best if you don't tell them lies.

Now, I don't actually know this from experience. I'm not stupid enough to have asked my kids to lie to my wife for me. But, I have seen other people try to do this. They'll say something like, "Don't tell Mom that I let you watch Deadpool. That'll be our little secret." Whenever I see someone do this, it makes me cringe.

Asking your kids to lie or keep a secret from one of their parents is a bad idea because, A) It's wrong; and B) They will tell on you. It might be on purpose, or it might be accidentally, but they will let it slip. 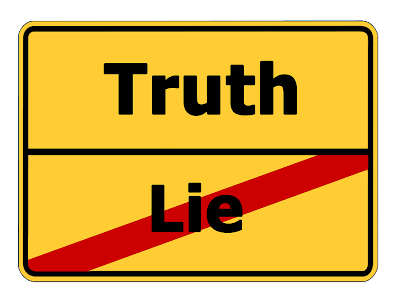 I don't ask the kids to keep secrets from my wife, but occasionally I'll do things that I might not necessarily want her to find out about. I won't ask them not to tell her, I'll just hope it doesn't come up. But it always does. They'll let her know when I stopped at the donut shop or if I got into the Halloween candy a little early. Sometimes they'll blatantly tell her in order to try to get me in trouble, and sometimes it'll just come up in conversation, but they always end up ratting me out.

So, I've found that the best thing to do is just to live your life in such a way that you don't ever do anything you wouldn't want your spouse to know. If you're always honest and open about everything, the kids will never have an opportunity to tattle on you. They can't rat you out if there's nothing to rat about.