It was a big day for America. Early November, and the two sides were at the end of a long, hard-fought campaign. Both sides wanted to win. Both sides thought they should win. Supporters of each opponent wondered if they would be able to go on if their champion didn't win. No one knew what would happen. This was the final day. After months of planning, strategy and hard work, it would all be decided before the end of the night. (Probably.)

And then, the Cubs won the World Series.

(What, did you think I was talking about the election? If so, you (1) are a victim of my "incredible" writing skills, and/or (2) didn't pay attention to the title of this piece.) 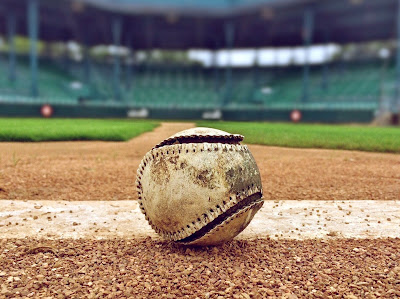 As you can see, there are many similarities between this year's World Series and this year's presidential election. They both came to a close in early November. They both featured a long, hard campaign from two opposing sides who desperately wanted to win. They both had a plenty of foul balls and strikeouts.

But, despite the similarities, if you look closely you'll find that the World Series and the election are about as opposite as two events can be. The Chicago Cubs hadn't won a World Series championship for 108 years. 108 years! That's so long ago that it was before women had the right to vote; before beer was sold in cans; and before any of the Kardashians took their first selfie! With the exception of a few bitter White Sox fans, the vast majority of people who cared about such things wanted the Cubs to win the World Series. Even people who didn't care at all about baseball wanted the Cubs to win. It was something on which even Yankee and Red Sox fans could agree!

Meanwhile, the Cubs opponent in the World Series were the Cleveland Indians, who hadn't won a world series in 68 years. 68 years! That's so long ago it was before the first McDonald's opened; before the polio vaccine was developed; and, yes, also before any of the Kardashians took their first selfie! If it weren't for the fact that they were playing the Cubs, the vast majority of people who cared about such things would have wanted Cleveland to win.

It was a dream match-up between the two teams most impartial Americans wanted to see win the World Series. It didn't really matter who won, because both teams were well-deserving and well-liked.

In contrast, the presidential election features the two least-liked candidates in the history of America.

Has there ever been a Republican presidential candidate more hated by Democrats than Donald Trump? I doubt it. Even within his own party, there is a significant percentage who will not vote for him. Many others merely tolerate him, and will vote for him only because their hatred of Hillary Clinton is even stronger than their disdain for him.

Meanwhile, has there ever been a Democratic presidential candidate more hated by Republicans than Hillary Clinton? I doubt it. Even within her own party there is a significant percentage who merely tolerate her and will vote for her only because their hatred of Donald Trump is stronger than their mistrust of her.

Let's hope we never have to go through this again.

A rematch between the Cubs and Indians next year would be pretty fun. A rematch between Donald Trump and Hillary Clinton in four years could possibly be the worst thing that has ever happened on this planet. (Yes, even worse than the Kardashians taking selfies.)