Friday Fiction: The Rise of Sleighrider

"It's less than a week before Christmas!" Santa exclaimed. "This is the busy time. We have last minute preparations. We don't have time for this!"

"I'm sorry, Santa," said Blinky the Elf. "I know the timing is not good. But it needs to be today. The elves won't wait."

"I just don't understand it," said Santa. "I treat the elves wonderfully. They get great benefits. Plenty of vacation time. All I ask is that during the busy season I get their best work. And the elves usually love their work!"

"It's true, Santa," Blinky replied. "It's just that this time there are extenuating circumstances."

"Yes," said Blinky. "As much as the elves love their work, they hate spoilers even more."

"Sorry, Santa. It's Keebler. Even as we speak the entire company has shut down and they are having a private screening. Those cookie-baking cretins would love nothing more than to send spoilers our way!" Blinky had a rare look of disgust on his face.

"Keebler!" exclaimed Santa, angrily. "You'll never find a more wretched hive of scum and villainy! That Ernie Keebler has just earned his way onto the naughty list! But wait--how did Keebler manage to get a private showing?"

Santa looked defeated. "Is there no way to get around this?"

"No, Santa," said Blinky. "They all want to see the movie, and they all want to see it now." Blinky thought for a second. "Well, 90% of them, anyway. There are some who say they'd rather watch old Star Trek reruns, and a few weird ones who prefer Doctor Who. And there's also a small percentage who brag about the fact that they haven't seen any of the Star Wars movies like it's some kind of badge of honor. But there's not enough of them to make it worth keeping the production floor open."

Mrs. Claus, who had been listening the entire time, hugged her husband. "It's a good thing you are doing today. The elves will be happy," she said. 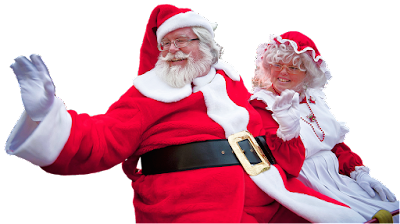 "They will," Santa replied. "I just hope, for their sake, my sake, and the sake of J.J. Abrams, that this movie is better than The Phantom Menace. The last thing I want is a bunch of angry elves."

Now choose a title that best fits the story.

O A. Santa vs. Star Wars
O B. J.J. vs. E.L.
O C. The Spoils of Keebler
O D. Star Wars: The Rise of the Sleighrider
O E. Harry Potter and the Phantom Menace
O F. The Angry Elves