How NOT to Eat a KitKat Bar

But, yes, there is a wrong way to eat a KitKat bar, and this is it:

Anyone who could eat a KitKat bar like this shouldn't be trusted. They should be shunned, avoided, and possibly reported to the authorities. Who knows what they might be capable of doing? For heavens sake, these people might even attempt something so fiendish as taking a bite of the Left Twix and Right Twix at the same time! We're talking total disregard for the laws of nature! Could they even go so far as to take the two cups from a Reese's Peanut Butter Cup and eat them simultaneously? Blasphemy! 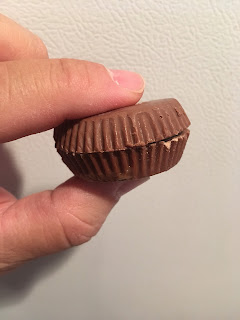 I apologize if you find these images troubling, but the only way to stop this kind of behavior is to address it head on. We, as concerned citizens, must do all we can to make sure all Americans eat their candy the correct way from this moment forward!